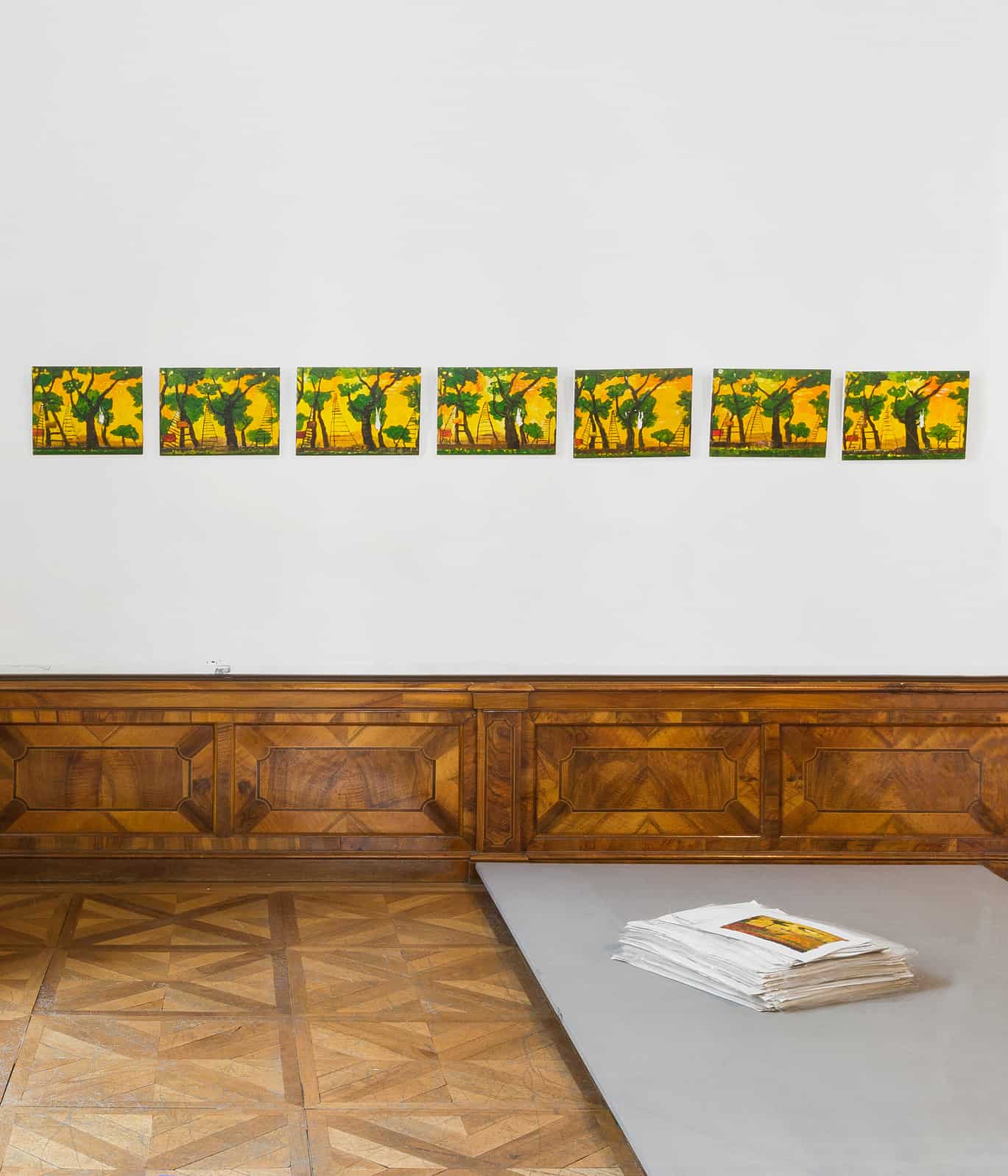 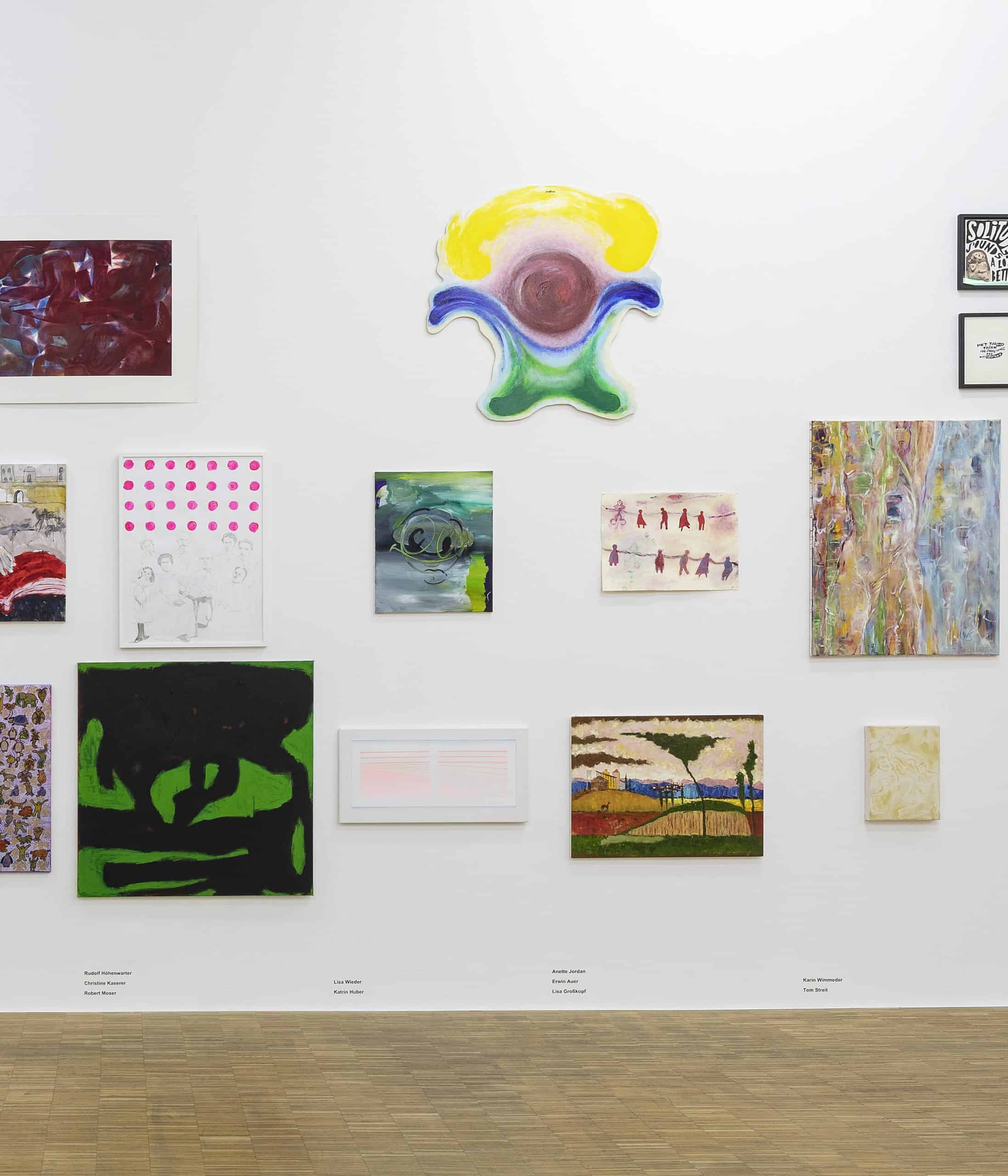 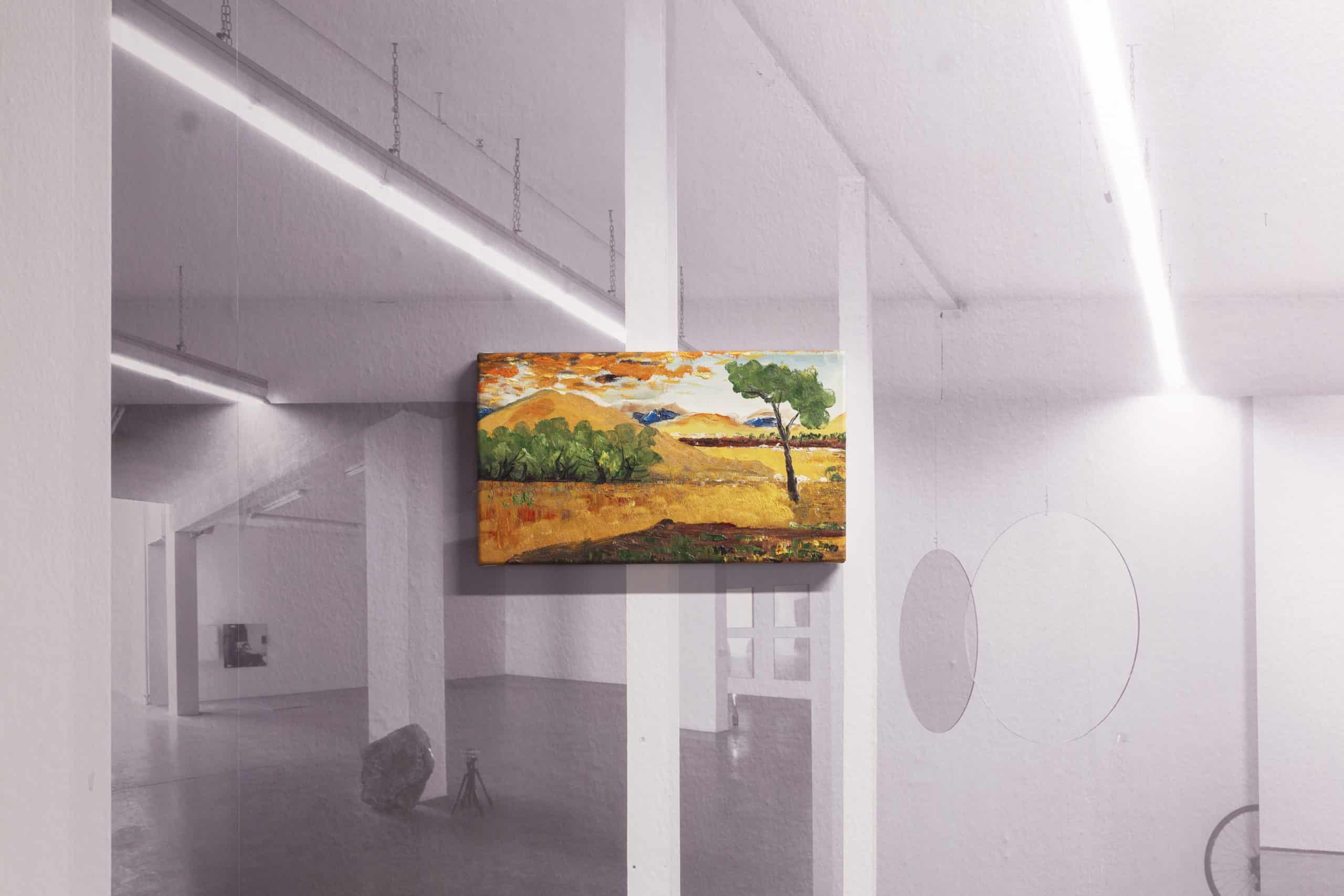 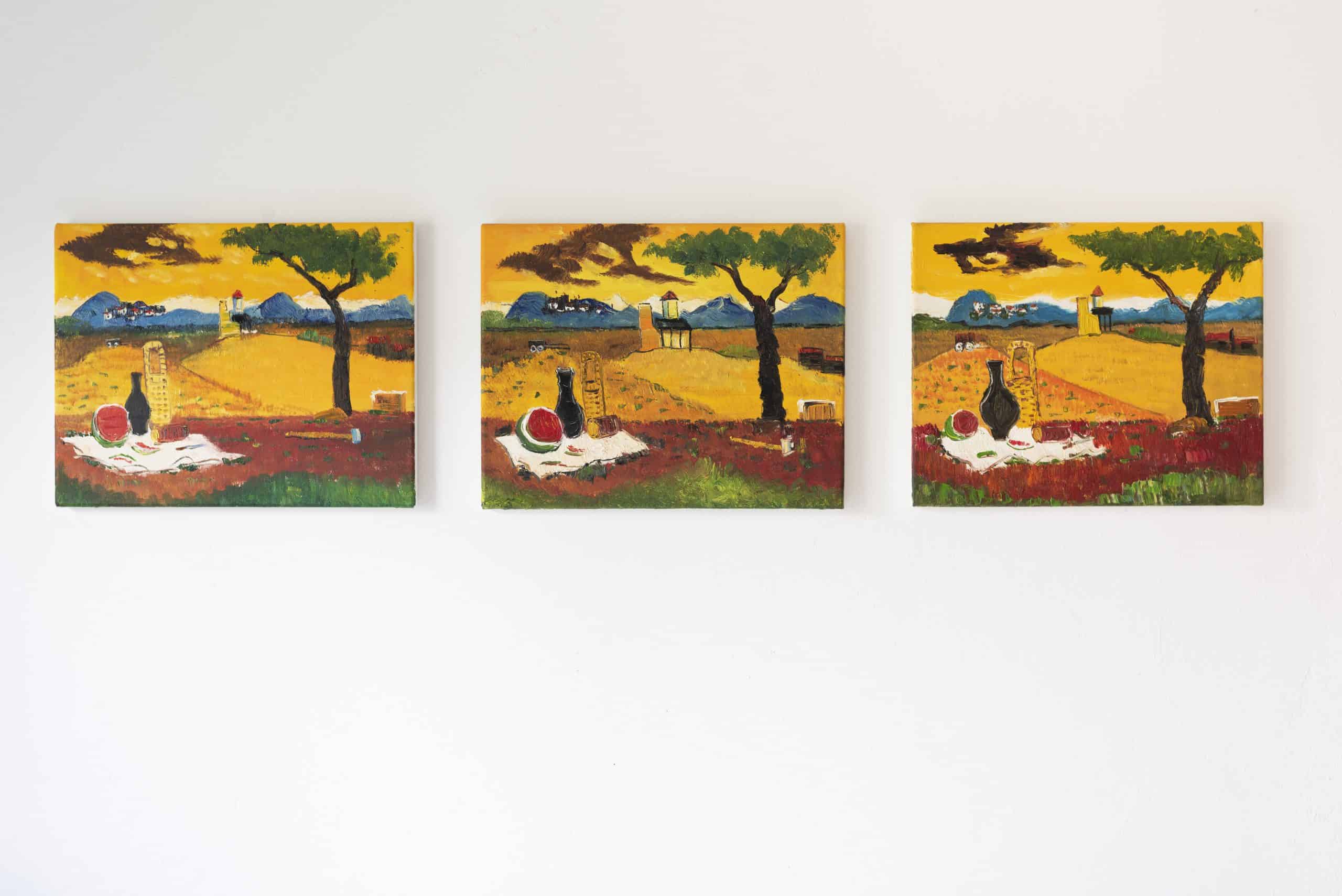 The work, titled 4cc91c6e1e6be2ba257331f04c6f7a35–oil-on-canvas after: Figures at the Kibbutz, belongs to a series of ‘conceptual paintings’ created by means of the following method: the artist Lisa Großkopf went on Google image search and downloaded several JPG images of Yohanan Simon’s famous ‘kibbutz landscapes’ depicting members of the kibbutzim working in the field and resting during Shabbat. After collecting several JPGs, some showing the same painting, the artist herself digitally erased every human presence from each and every painting and then sent the files to a painter in China to execute the new unpopulated compositions. This series not only appropriates one of the most iconic images of Israel’s ‘golden age’, it also analyzes, by addressing the role of labor and outsourced and obscured labor, how such ‘landscapes’ have evolved over the years, in Israel and beyond. Its title WHAT IS LEFT must be taken metaphorically and playfully, is an interrogation of what is left and what is gone, what is Left (wing) and what is Right (wing) on a political territory.