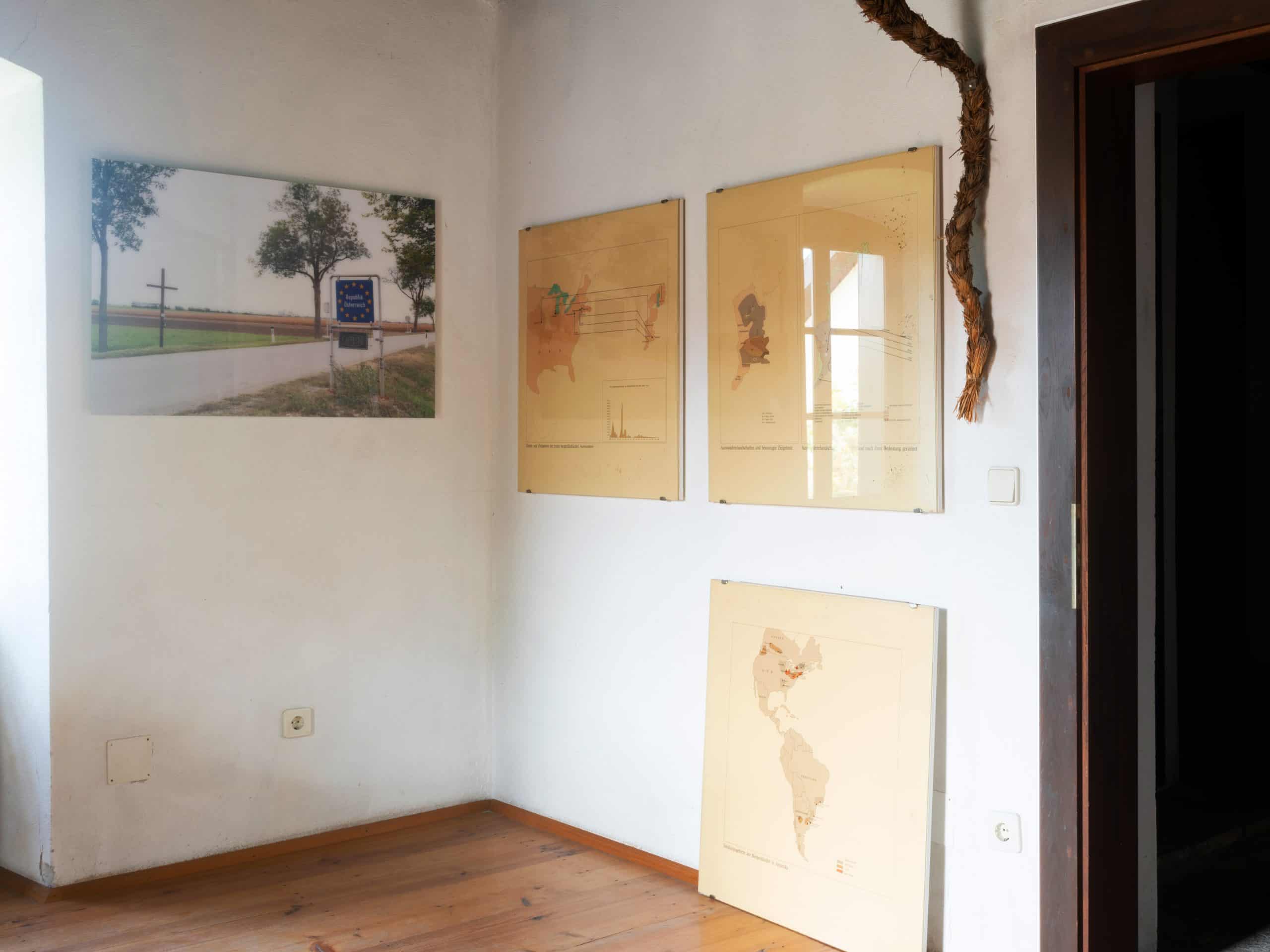 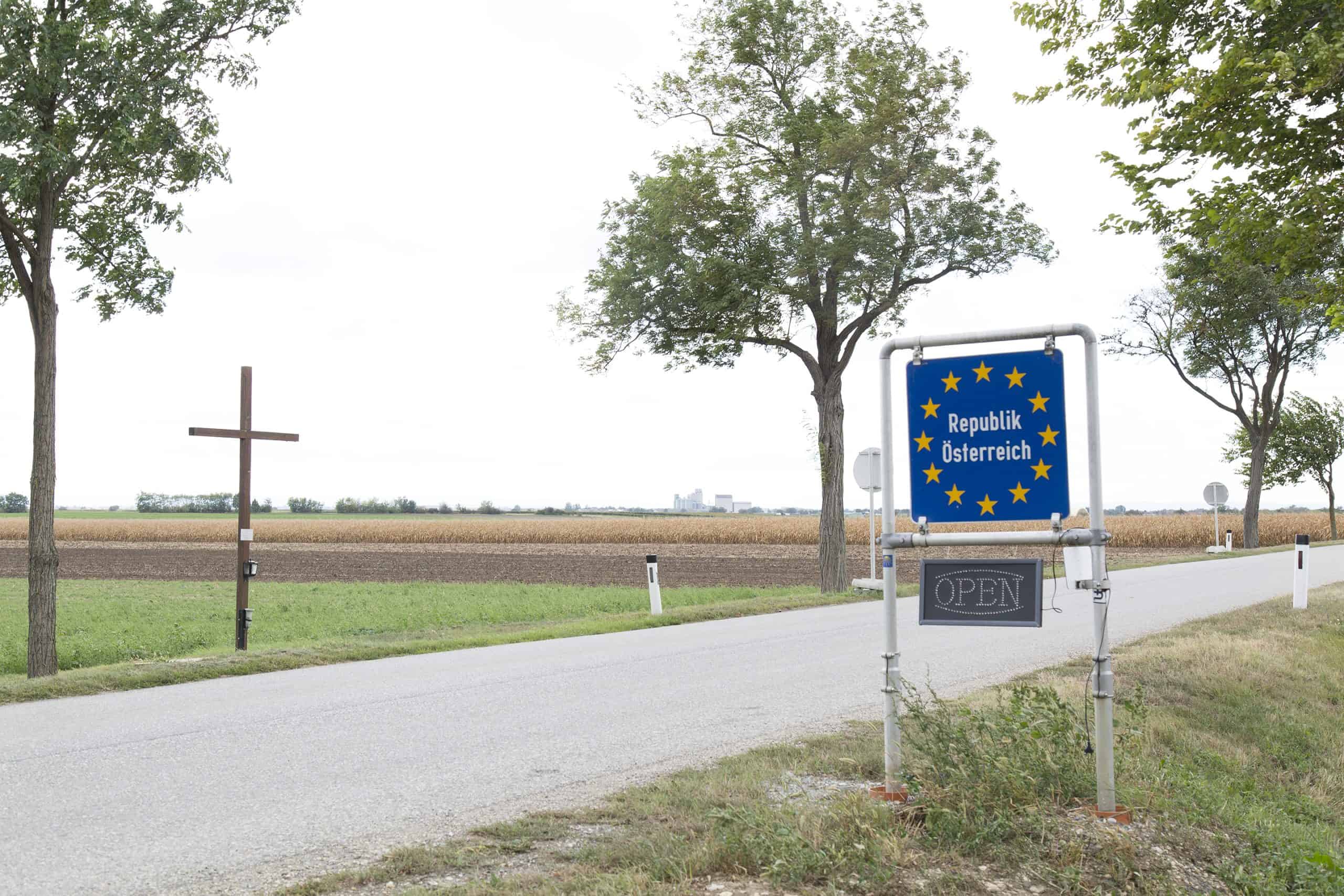 OPEN was a temporary site-specific installation, which I realized in autumn 2016. This was about a year after many refugees crossed the border between Hungary and Austria to (mostly) move on to Germany. During these months in 2015, an unbelievable humane and respectful treatment of these people seeking protection could be felt in parts of Austria. This brief moment of humanity was followed by the closing of the refugee route and other disreputable acts by the government of one of the richest countries on the planet. By installing the inactive sign Open at the national border, I would like to point out the ambivalence of the border, which for some people can be crossed without difficulty, for others it is an insurmountable border that separates not only the former East from the West, but also the global South from the so-called First World. By using a sign that is normally known from five-and-dimes, I address the high expectations of refugees of the capitalism of the Golden West, which often disappear into thin air soon after crossing the border.